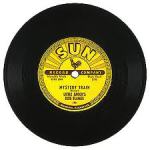 In high school I was that guy. The one who spent every spare penny at the local record stores. The one who would make you a mixtape or tape a whole album to cassette for you. The one who would host listening parties around the stereo in his parents’ living room. Listening to music was a social activity, but it was also, I now recognize, a form of control. It was important, for instance, that I held those listening parties at my house because I was familiar with my records and stereo system, and I knew exactly how the music would sound. There would be no surprises. Likewise, to make a mixtape meant not only arranging a selection of songs, but ensuring that the recording levels and overall sound flowed from one song to the next. A good mixtape revealed not only an intimate knowledge of one’s record collection, but also the mastery of one’s tape deck. . . .  [Reblogged from IASPM-US.net via Sound Studies Blog!]